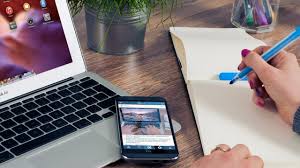 If you are a software developer or Quality Assurance engineer, then you probably already know the importance of utilizing many different software tests that relate to website load-testing. These tests can include unit tests, integration tests, user interface tests, and many others. On occasion, load tests may be overlooked in a new release of software or process, and under these circumstances, many developers are under the wrong assumption that software — or version of it — is issue or problem free. Though in many situations and conditions; this can turn out to be a very costly assumption on their part.

When testing any website, app or API endpoint that is under a load, simulation is taking place on how it will perform under real-world circumstances with hundreds-of-thousands or even millions of users. A system that you have developed may perform entirely different for many different users (known as functional testing) compared to a considerable number of different users (load testing). So, it is essential to analyze and to fix these errors, bugs, or any bottlenecks before they take place, so as not to neglect the real-world people that will be using your system, software, or product.

Software code can change how a product will function under different circumstances as well. If you are a responsible developer that has done load testing on your systems; but say three months ago, the results of this testing showing that your API endpoints and services work correctly at the time: with some small bottlenecks being detected and you fix them, rerun the test and saw that everything was performing correctly. Though despite and since this last test — a few new versions of your software have been released that have made some modifications to the code.

These modifications may have affected your system and product in ways that you may not know dependent on bugs or other reasons entirely. The system’s ability to handle a load could have drastically changed since the initial or prior test, and to make sure that you are not surprised by any crashes or slow responsiveness: is important to run at least an automated load test every time you commit to these changes as part of a continuous software integration cycle.

Load-testing does not only apply to website development and testing but also to utilizing things such as video streaming testing tools. Integrating any mixture of load-balancing and these tools can significantly improve the effectiveness and efficiency of an online platform — causing little to no effect on user responsiveness or data submission on the user end of the platform.

Because let us face it, anytime an important website crashes the news and every competitor alike — not to mention angry users — love to take things to social media or other venues and condemn the website owners from not taking the measures necessary to prevent said crashes. So is it vital to always integrate website load-testing into software development cycles to ensure the highest quality product, delivery of resources, and information to our customers.